Fault Tolerance – where if worker threads die or a node goes down the worker s are automatically restarted.

Scalability – Where throughput rates throughput of even one million 100 byte messages per second per node can be achieved and ease of use in deploying and operating the system. 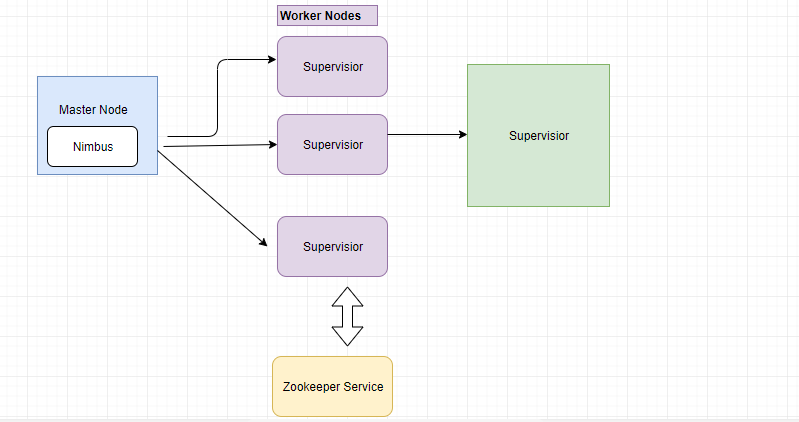 Apache Storm does not have its own state managing capabilities. Instead of uses Apache Zookeeper to manage the Cluster state all coordination between Nimbus and the Supervisors such as message acknowledgments, processing status, etc is done through a Zookeeper Cluster. Nimbus daemon and Supervisor daemons are stateless; all state is kept in Zookeeper or on the local disk.

Storm makes use of zeromq library for interprocess communication between different worker processes but after it was adopted as an Apache, storm developers replaced zeromq with Netty.

Explanation of the Components :

Nimbus is a master node of Storm Cluster. All other nodes in the cluster are called as worker nodes. The master node is responsible for distributing data among all the worker nodes, assign tasks to worker nodes and monitoring failures.

An executor is nothing but a single thread by a worker process and it runs one or more tasks but only for a specific spout or bolt.