Now, here are the Top 7 best and easiest programming languages you should try to learn.

At present situation the top easiest programming language is Python. You will think about why? the latest reports that Python showed 456 – percent growth in last year. Coming to business analysis IBM, Netflix uses Python. It is considered for deployment automation and web development mostly. Python is among the easiest programming language to learn and deploy. Majorly two reasons it is the easiest language.

The first reason is the uses very few lines to code for complex code. Secondly, it is a scripting language. So these two reasons are the Python is the easiest language to learn in 2019.

JavaScript is one of the languages are on highly demanding language. JavaScript is a pure scripting language to build web applications anyway of its complexity. Nowadays it is used as Front-end and Back-end of websites. It is also learning simply in 2019 for future scope. 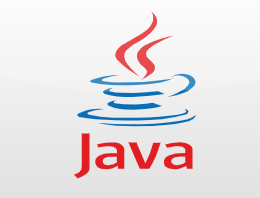 Java is among the simplest programming language. You must and should learn because it is highly portable and run anywhere(Platform independent). Java is existence from many years for web applications and Android applications. There is a high demand for Java developers in the present market.

C and C++ languages are great to learn because it is impacted by many other languages. Easily learn Java also because it logically jumps simply. It is used for software development, web applications. It is also learning most preferable for 2019.

C# is a good choice for whoever coming to IT sector like freshers to be simple startup time. It is used for web development to console applications. This syntax is also the same as C and C++. Little bit complex compiler.